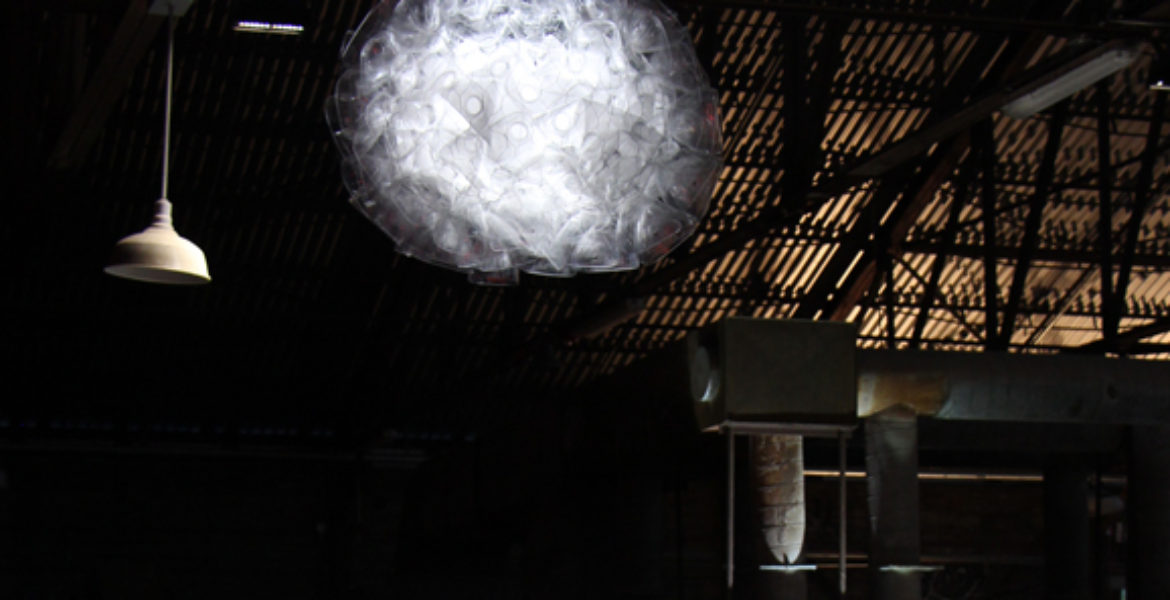 The event was attended by local and international stars from the worlds of architecture and design.  Seventy projects, in 20 different categories were handed out in a ceremony led by Canadian television veteran Denise Donlon. The guest of honour, renowned Italian architect Massimiliano Fuksas, kicked things off with a special address.

This was upcycledXD’s first collaboration for an awards gala as well as premiere of 4 original chandeliers that were hung along the perimeter of the lounge.  They are build 3 feet in diameter of clear, re-purposed plastic bottles, wire armature and re-used packing foam lit with LED bulbs.

A special call-out was given to Eric Charron from upcycledXD Design in recognition for his contribution to the event during the preamble to the ceremony along with the other Gala Partners: essent’ial, The Consulate General of Italy – Toronto, Frontier design, Istituto Italiano Di Cultura Toronto, the Lowe-Martin Group, audi, revelateur studio, stratus and the Drake Hotel among others.

Frontier Design provided the backdrop to the main stage as well as the separation screen between the awards ceremony space and the lounge using self-assembling cardboard frames.  They were a perfect backdrop highlight in red to the night’s events.

Many thanks to Azure Magazine’s Editorial Director, Nelda Rodger and Marketing Manager, Mahasti Eslahjou for engaging upcycledXD to be a part of their celebration and to Paddy Harrington from Frontier for his collaboration in co-producing the design for this year’s awards gala.

You can find the full Azure Magazine Blog post of the event at http://www.azuremagazine.com/article/scenes-from-the-2017-az-awards-gala/

Sorry, the comment form is closed at this time.